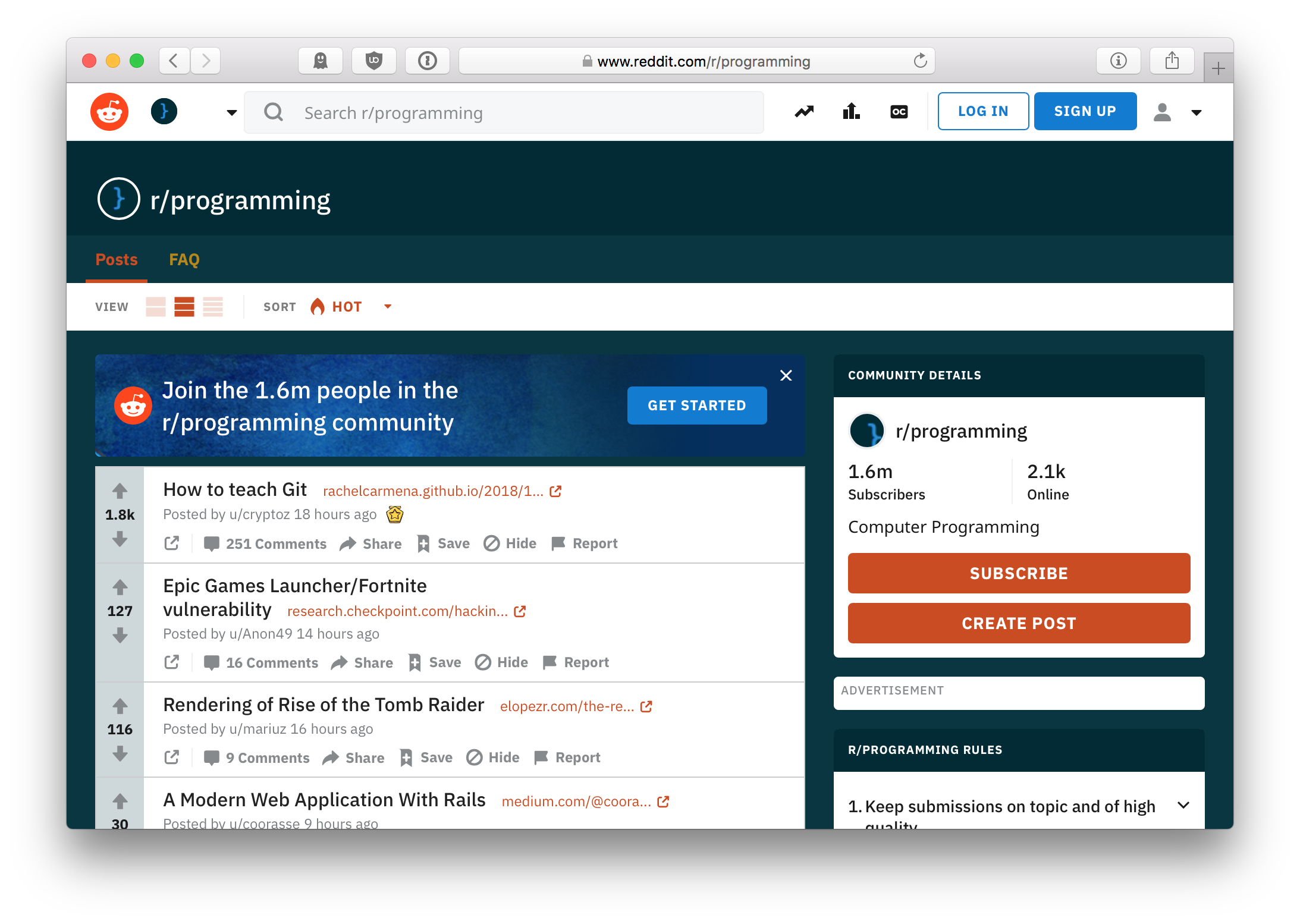 TypeScript, React, and Redux based frontend with a REST api at https://gateway.reddit.com/desktopapi/v1/ with its share of accompanying packages.

On the backend Reddit uses Varnish and Nginx 1.4.6 on Ubuntu.

The REST api is pretty standard with the exception of the response data already being normalized. So instead of just returning posts: { [key: string]: Post }, the api also returns postIds: Array<Post['id']> along with additional data such as flair, preferences, permissions, sidebar info, etc., which likely makes normalization in Redux easier.

An additional session tracking id, loid, is also stored in the session and sent in the request headers. Reddit also includes the appropriate security headers.

After successfully fetching data, Reddit will not refetch. Instead it will use what is stored in Redux (there is an exception for ads). For example, when navigating to a subreddit, Reddit requests the list view https://gateway.reddit.com/desktopapi/v1/subreddits/:name and then navigating to a post Reddit will request an individual view https://gateway.reddit.com/desktopapi/v1/postcomments/:id.

I never figured out what Reddit uses Thrift for. It might be used in their backend between Node SSR service and their Python api and may have accidentally been include in the Webpack bundle.

In terms of structuring their store, Reddit uses a combineReducers setup and has an idiom of using an api key with { error: boolean, pending: boolean, loading: boolean } for keeping track of loading, pending, and similar states.

It seems that /rum is only called on initial page load with Performance Api data and that /perf is used the otherwise with user analytics as well as more granular timings for things like React hydration.

Reddit uses Sentry and even prints out the current release in the browser console.

The site makes a POST request with number of ads and the current subreddit to https://gateway.reddit.com/desktopapi/v1/sidebar_ads.

The ads are included in the server side rendered page, instead they are fetched through the api on page load.

Most of Reddit’s api is pretty quick returning in less than 50ms - when there is a cache hit. In the case of a miss, Reddit’s api tends to anywhere from 200ms to 1s. Additionally these misses are more common when logged in, where caching isn’t as effective.